Gita, Quran reference cut out of ‘India’s Most Wanted’ 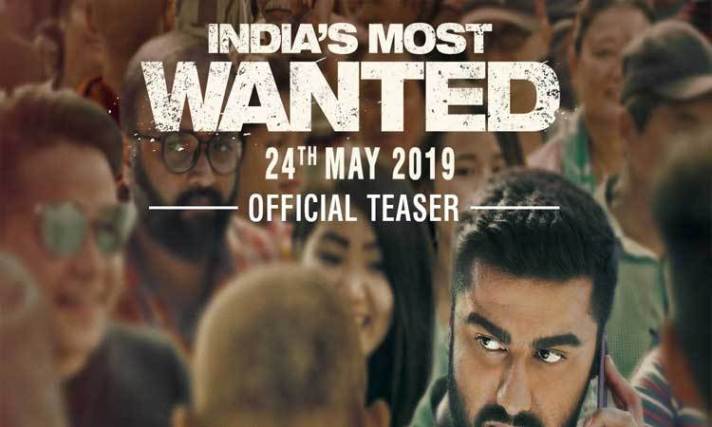 New Delhi : NP NEWS 24 – Upcoming Bollywood film “India’s Most Wanted” has been granted a U/A certificate by the censor board after directing omission of scenes making a reference to religious books Bhagavad Gita and Quran, said its director Raj Kumar Gupta.

The teaser of the Arjun Kapoor-starrer had created a stir with a terrorist citing the Bhagavad Gita. In a leaked teaser doing the rounds online, Arjun’s character is seen quoting the Quran.

Asked about the cuts suggested by the Central Board of Film Certification (CBFC), Gupta told IANS: “It (the reference to the Quran) was there in the film and it was in the film’s teaser when it came for the first time. It was allowed in the teaser, but when we submitted the film for certification, they informed us that it is a little sensitive.

Did he find it unfair?

“I don’t know if it’s unfair but we respect all religions, so we have to look at the sensitivity factor of it. That is why when the request came, we decided to remove it. Although it was there in the teaser, so the motivation was because it was allowed in the teaser, it would be allowed in the film. But because it was sensitive in nature and they requested us, we submitted the film without the Gita and Quran mention.”
Any more cuts in the film?

“This one is a major cut, rest are small things,” he said, adding that the movie has got a U/A certificate and will release on May 24.

Nitin Patil May 30, 2020 0
New Delhi, May 30 The Centre on Saturday took an exit step from the 68-day nationwide lockdown, declaring that the…

May 30, 2020
Bengaluru, May 30  Karnataka will not observe a total lockdown on Sunday, unlike a week ago, an official said on…

May 30, 2020
London, May 30 Actress Radhika Apte has given a funny reaction to the idea of exercising.Radhika took to her…

May 30, 2020
Beijing, May 30, British car manufacturer McLaren has confirmed that its partnership with the BBK-owned smartphone…