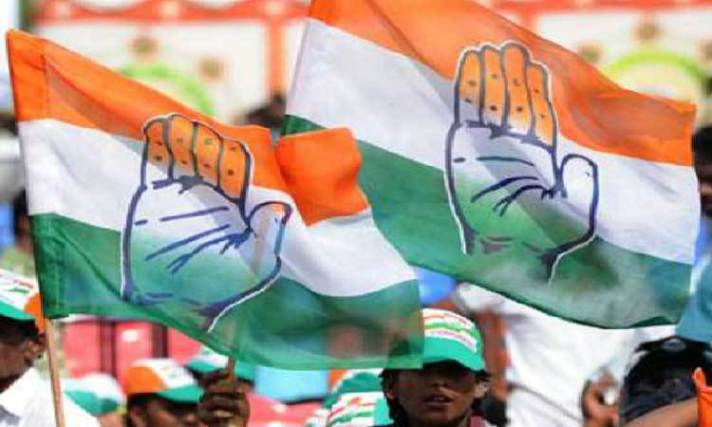 Panaji : NP NEWS 24 – Following an attack on Sidharth Kuncalienkar, the BJP candidate for the Panaji Assembly bypolls, Goa Congress President Girish Chodankar on Friday slammed the BJP-led coalition government in the coastal state over its failure to protect its own candidate.

“Congress is not in power. If your (BJP) candidate is not safe, then how can you safeguard people? There should be at least 100 cops and five jeeps protecting Sidharth (Kuncalienkar) at all times… We strongly demand that he should not even be allowed to go to the toilet alone,” Chodankar told the media here.

Chodankar’s remark came after Kuncalienkar on Thursday night blamed the Opposition after unidentified assailants hurled a bottle at his car while he was inside the vehicle.
“It is a shame for the government and the Chief Minister,” Chodankar said, adding that the police must arrest the culprit at the earliest.

Use BJP Party Flags & Stickers on Buses if You Want, But…

A police complaint was registered at the Panaji police station on Friday morning.
According to the complaint, Kuncalienkar was travelling with a friend late on Thursday night in Panaji’s Mala ward when the assailants riding in a two-wheeler flung a bottle at his car’s windshield.

Kuncalienkar said the incident happened while they were passing through his constituency after a public meeting addressed by Union Minister Nitin Gadkari ended late on Thursday.
“My opponents must have been rattled after the success of the meeting, which is why they resorted to this act in desperation,” Kuncalienkar said.

Kunclaienkar takes on Atanasio Monserrate of the Congress, Valmiki Naik of the Aam Aadmi Party (AAP) and Subhash Velingkar of the Goa Suraksha Manch in the May 19 bypolls.

Gita, Quran reference cut out of ‘India’s Most Wanted’

Use BJP Party Flags & Stickers on Buses if You Want, But Let It Run : Priyanka…

BJP offices in UP to be equipped with sanitisation tools

Nitin Patil May 30, 2020 0
New Delhi, May 30 The Centre on Saturday took an exit step from the 68-day nationwide lockdown, declaring that the…

May 30, 2020
Bengaluru, May 30  Karnataka will not observe a total lockdown on Sunday, unlike a week ago, an official said on…

May 30, 2020
London, May 30 Actress Radhika Apte has given a funny reaction to the idea of exercising.Radhika took to her…

May 30, 2020
Beijing, May 30, British car manufacturer McLaren has confirmed that its partnership with the BBK-owned smartphone…

Use BJP Party Flags & Stickers on Buses if You Want, But…