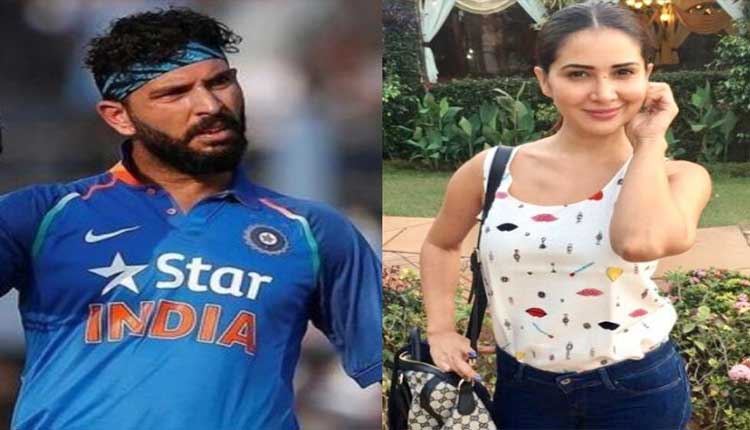 Policenama Online – India all-rounder Yuvraj Singh announced his retirement from all forms of cricket, film celebrities, including his rumoured ex Kim Sharma lauded him for his achievement in the field.

Well played @YUVSTRONG12 A standing ovation for some unforgettable moments in sport . May your next phase be as smashing with @hazelkeech 💕

Dhoni won so many trophies because of Ganguly’s…

After Yuvraj decided to move on from the sport his actress wife Hazel Keech took to Instagram a post called it the “end of an era”.

And, with that, its the end of an era. Be proud of yourself husband, now onto the next chapter…. love you @yuvisofficial

Kim is not the only actress Yuvraj was linked within Bollywood before he settled with Hazel. He also seen reportedly dated Preeti Jhangiani, Minissha Lamba, Shamita Shetty, Riya Sen and even Deepika Padukone.

Preity Zinta’s name had also come up once, but angry about the references she had clearly denied having a relationship with Yuvraj.

Dhoni won so many trophies because of Ganguly’s hardwork, feels Gambhir

Dhoni turns 39: Forget the sunset, relive the sun-kissed memories MSD has given a…

Another bollywood actor dies at age 36

Another bollywood actor dies at age 36

Jul 12, 2020
Mumbai: Time is not going well for the Hindi cinema.Every other month some bad news is coming out. Recently, it has…

Jul 12, 2020
New Delhi, July 12 Diesel prices across the metro cities increased on Sunday, after remaining unchanged for four…
Prev Next 1 of 1,798
More Stories

Dhoni won so many trophies because of Ganguly’s…